To get an idea, imagine Basement Jaxx in a damp island jungle instead of a nightclub. With Boozoo, the beats are wet, the grooves are deep and the hooks are funky-ass funky – Mike Reinboth of Compost Records aptly called them, “NuDubReggae-meets-Mambo-Bossa”. These German blokes have been pumping out LPs and remixes for some time, but have now found their groove with their new record Dust My Broom on K7. “Killer” is the body-moving, hip-shaking stunner on the disc – dancehall vocals on top of a wide tropical bass. “Take It Slow” unfolds a smooth summer reggae ballad of a more intimate feel.
One to move your hips. And one to move your lips. 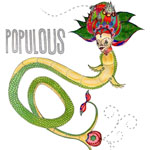 Andrea Mangia falls somewhere between a blissful float down a sunset river and snow falling on industrial estates, whatever that means. And yes, he sounds like a breed of Scott Herren (Prefuse 73) and Four Tet, but I mean, so what? I like Four Tet, and frankly the last album wasn’t that great – so if there are competent imitators I’m happy to oblige. Especially with tracks like ‘Hip Hop Cocotte’ that swirls slowly into a great, sticky mass of guitar strings and electronic hisses; or ‘The Dixie Saga’ which has an eerie darkness to its clicks and twangs.
A nifty handful of beats, heady yet sweetly chilled out. 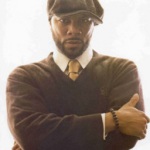 Common has been the influential uncle of the hip hop scene. But even though he’s got some of the most sophisticated lyrical technique, his sales haven’t come close to your typical hip hop juggernauts. Jay-Z even addressed this disparity between substance and sales, rapping in “Moment of Clarity”: Truthfully, I wanna rhyme like Common Sense/But I did five mil/I ain’t been rhyming like Common since. But later this month, Common releases Be, which critics are tipping as his more-or-less ‘breakthrough’ album. Hip hop’s true artist proudly calls “The Corner”, his first single off of Be, his “best work ever”. And it def gets the head nodding – Common’s flowing jazz-rap syncopations and Kanye’s loose-wrist production keep it hot. In this impetuous remix, Mos Def grabs ahold of the third verse and lays it down so smooth he nearly outshines the master.
A wet, wet beat with the the sleekest of rhymes.

In ’98, I spent the summer on a ladder scraping dry blue paint off an ugly house. Albeit a shitty job, I had a 2X CD-R drive at home that birthed a hiphop mix including The Herbaliser’s “The Blend” featuring vocalist What What. One of my co-scrapers (from ghetto Hartford) dug the track so much that he replaced his prized Nas CD with the Herbaliser. I never saw that CD again. Now, the hip-hop powerduo is releasing their latest album, Take London, on the premire British beats label Ninja Tune. ‘What What’ was actually a psuedonym for female rapper Jean Grae who’s now back to lend her vocal ferocity to “Nahmean Nahm Sayin”. The loud, wide, brash production on this track complements her lyricism perfectly. Meanwhile, “Song For Mary” smooths things out to the downtempo tip; feels a lot like RJD2 on the rocks. This impressive sampling is an indicator of the quality on this CD; highly recommended.
Big, big sounds; slam brass hiphop and dope chilled beats.

Labeling this track “underground hiphop” or “real hiphop”, although completely appropriate, would be misrepresentative in this case. “Count Your Blesings” is radio-friendly. It’s production’s polished. Its sound’s got bounce. And it doesn’t feel like most other on/under the radar hiphop because.. well, it’s pop hiphop. Just a warning though, Emanon is a duo: MC Aloe Blacc keeps the rhymes sounding real and musty, while DJ Exile rolls out syncopated bassbeats that keep you shaking.
Keepin’ it real an keepin’ it hot.

I know you can’t see me, but I think it’s only fair to tell you that I’m not Paul Irish. I’m Andrew from #644, and Paul has kindly agreed to let me borrow his audience every now and then. Hi!
DJ Format has the remarkable talent of channeling the sound of laidback, funky hiphop, a feat all the more impressive since he’s an awkard white guy from the south of England. Abdominal is an MC from Montreal who’s as lyrically silly as DAISY age hiphop at its finest. Together, they blow my mind. ‘Ill Culinary Behaviour’ is irresistable, and ‘The Hit Song’ does just what it says on the box: hits the spot, every time.
Old-school hiphop from the old-school continent

I love my public library. I used to go weekly to borrow 18 CDs of random stuff I’d never heard. Sometime in 2000, I picked up a Best of Bellydance album to check out. To my ear’s surprise, Track 2 (Hossam Ramzy – Khusara Khusara) was the original song sampled for the number 1 single at the time, Jay-Z’s “Big Pimpin” (and now it’s used again in M.I.A.’s “Bingo”). Now if bellydance can work in hiphop, Deep Thinkers prove gypsy can as well in “Kiss the Sky”, albeit cut up in a deconstructed style alongside vocals from Wu-Tang and Busta. The Thinkers keep it creative in “Interruption with Substance” using a choice sample from Four Tet’s old folktronica group, Fridge.
A new imaginative, passionate, and conscious force in hiphop.

Fridge – Cut Up Piano and Xylophones
buy this cd

Over the past decade, these Philly hipsters have made a solid name for themselves. They put together some home-cooked sloppy blues sound with hip-hop flavor and soulful harmonica solos and basslines. They also give a chill good-crowd kind of show, check their tour. I’m sure you’ve already enjoyed their hits “My Baby’s Got Sauce” and “Cold Beverage”, but I’m gonna drop a couple of excellent songs on you a bit more laid-back and cooled-down.
Drop it out into a saucepan, bubble gum, double yum. Big man, get it done. 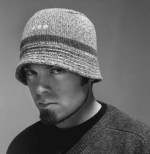 This man is nothing new to you, and rightfully so. He’s musician of absolute talent, a dj doing justice for the two letters in front of his name. Ever since his debut Entroducing, he’s blown his listeners’ minds. He rocks out on some wild beats ‘n vinyl, here kicking the shit hott with lyricist Roots Manuva. While you’re dropping this song, be sure to drop by John Book’s ultimate DJ Shadow Sample page, it’s got every single sample documented — ridiculous. (The URL changes regularly, peep this to stay updated.) More bass.
The perfect heavy-hitting rhythm to get your git-buzy weekend bumpin’.

The title “No Escapin’ This” is an apt one; because you really can’t avoid the hotness of this track. Heavy hittin bass slams you on a syncopated beat and a backup black chorus robs you of your own your complementary contribution; they’ve got this song pinned down. The Beatnuts have a production style so polished and perfect, meanwhile their beats sound natural, earthy and justly flavored. They hit the balance right.
The man Angad sez: ‘anyone who claims to know about hip hop should know who the beatnuts are.’ Set it off.