Dub feels like the perfect match for one of the all-time classic love songs, “Wicked Game”. Business Man is a pseudonym of electronic music artist of the year Trentemøller, and he continues to execute with finesse.

Today I’ve got a pair of worldly remixes featured as part of National Geographic Music’s new presence at the most-excellent Calabash Music. (Entirely DRM-free mp3s, natch). The Nortec Collective used to get press from Time and the sort; they’re a large group of Latin Americans that mash together some energetic panamerican beats. Most of their stuff comes off as repetitive to me, but Rosco tempers their excitement into a chill downtempo groove. (One which deserves a spot in the next Nip/Tuck episode.) Then in the second track, Ojos de Brujo’s hip hop flamenco meets Nitin Sawhney’s asian underground treatment.

Sizzling off Certified Bananas’ new mixtape Sprang, this hot little number stylishly blends the Little Mermaid classic with the baltimore club sound. Certified Bananas, based in Providence, are two very talented and kind gentlemen (Sammy Bananas recut this track exclusively for Aurgasm). You can hear their signature sound of club beats, retro tracks and clever mashups in the clubs of Boston and New York frequently. Seek ‘em out.

UPDATE: If you’re feeling this, the boys are in Boston at the Enormous Room TONIGHT! Also, drop by Discobelle to peep their brand new exclusive mix ‘Sweden on Blast’. Holla.
buy this cd

Like being broadcast out of an Icelandic radio tower, Worm Is Green comes into frequency beset by tweaks, intermittent tones, and an ethereal voice. Then a lethargic squelch escorts you onto a slow but scenic dirge. These days I almost exclusively listen to music released in 2006 (blame it on the blog), but Green’s 2002 record Automagic is one of the few exceptions that won’t let go of me. Maybe its the sub-60bpm tempos. Perhaps its eclectic use of acoustic and electronic instruments. But what I really think is…

I suppose many of you would associate Denmark with good music and cinema. Under Byen is no exception, and to me it’s all about extraordinary beauty. So far, everything I’ve ever heard by Under Byen I’d describe as floaty and sensual, sharp and intenseÂ—all at once. It’s the kind of music that captures and allures you with the beautiful arrangements, sensitive female vocals and poetic lyrics. (Yes, it does sound poetic and magical even if you don’t know a single word in Danish.) Melodic and dreamy “Byen driver” gives an idea of the earlier works. “Den her sang handler om at fÃ¥ det bedste ud af det” from Samme Stof Som Stof (2006) sounds intense, very powerful and fascinating for seven and a half minutes.

“Between the pleasant dream and the nightmare“.
Under Byen – Byen Driver
Under Byen – Den Her Sang Hander Om At FÃ¥ Det Bedste Ud Af Det
buy this cd 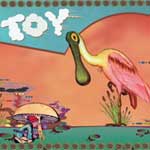 Psapp + The Books + Plink Plank Plunk might be a bit of an addition simplification, but you’ll hear those elements. Cute synth bleeps and bloops, casio rhythms, and all those samples of household items that the hipster kids love oh so much. Although it’s got the construction technique of Jorgen Traeen (who worked produced Sondre Lerche, Magnet and Jaga Jazzist), I’d call the music a bit too cocktail-party-in-outer-space to show up on Grey’s Anatomy or anything mainstream. But being a low brass man, I smile at their amateur euphonium work. Well played.

Three weeks ago, I fired off an email to the IFPI, who had ordered a DMCA takedown notice for the entirety of Aurgasm’s music.

Through some back-n-forth, I was informed that the IFPI’s complaint was only addressing three songs, not all of the music. (In particular, they didn’t like the An Pierlé and the Lily Allen music being shared.) I decided to seek permission for those two artists with which I could then file a counter-notification back at the IFPI. I tried getting in touch with An Pierlé’s management at PIAS/Helicopter, but a response never came from the contact points I found. Lily’s representation proved a little more accessible. Although they did give me permission; it was granted reluctantly and only for a week’s time.

Now, since the complaint was regarding three songs, I could reinstate the rest of the music archive. For now, I’m going to hold off on that and continue to post music we have explicit permission to share. I’m going to be making a few upgrades to Aurgasm quite soon that will improve the whole experience for music fans and copyright holders. Stay tuned.

I’ve learned that Aurgasm got a shout-out in Britain’s National Newspaper of the Year, The Guardian. We were mentioned in the sidebar about soul music blogs in The Guardian Guide this last Saturday, Nov 19. It’s not online and my local libraries don’t have it, so if any of my British brethren can hook me up with a scan of it, I’d be most appreciative.

(11/27) …and we just got in a scan of Southwest Airline’s in-flight magazine Spirits, who ran an article on mp3 blogs. Aurgasm and a few of my excellent brothers were included:

Kelly De Martino is an American born singer-songwriter signed with a French label. She’s worked as an actress in some TV series, films and commercials in Los Angeles, entered the world of fashion in New York City by creating clothing and saving money for leaving for Paris. French press refers to her as etrange et belle Américaine and her minimalist folky songwriting, fragile, seducing voice were already compared to Hope Sandoval of Mazzy Star and the vocals of Shivaree. In the acoustic version of “Bumblebees” Kelly’s voice sounds so gentle, baring its delicate, sweet and fresh sound. 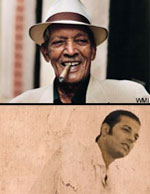 Being that you’re a fully committed Aurgasm reader, you’re no doubt fully fluent in the cuban music subgenre son. Not could you only write a four page paper on how the mountainous geography of Cuban affected the flat city of Havana’s music culture, but you’ve also forced your friends to watch the Buena Vista Social Club movie several times. Well today I’ve got a Moroccan version of Compay Segundo, god rest his soul. Rhany brings the full force of Buena Vista’s “Chan Chan” along with an Arabian twist. 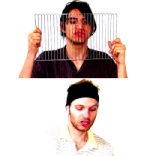 Mickey Eats Plastic is very kind and friendly duo, Lucz & Bluermutt, from Rome, Italy. With custom-written software they toss together field recordings, guitars, electric bass, synths, and squeak toys into their compositions. Electronic music fans will feel the flavors of Kim HiorthÃ¸y, The Books, and Xploding Plastix in M.E.P’s creations. If you’re not an electronic music fan, these might not twiddle your brain as nicely. The tracks below are off their new album, People Eating Tasty People, which they generously licensed under Creative Commons. (That means its free, kids!)