You wouldn’t expect a french house song to start off with wailing electric guitars and a strong vocalist. And you wouldn’t expect a raspy synth line to kick the track into high gear. And you definitely wouldn’t expect this from France’s most well-known house group, behind Daft Punk. On their second album, Au Reve, Cassius took a departure from the standard house sound of synths and 1,3 bass – here, we’ve got guitars, melodies, and a song construction closely approaching that of a pop song.
An incredibly catchy driving track, despite the eerily odd combination of the song title and lyrics…

Cassius – The Sound Of Violence

Looking through Afro Funk, volume 5 from the incredible Rare Funk 12-disc series, I knew I’d find plenty to like. Some ass-grabbin’ Fela Kuti leads the record off to a roaring afrobeat start. And if you got the great funkin’ action of The Mohawks and The Equals tying it up nicely, you know there’s gotta be some hot groove sitting in the middle. Well, “Big Chief” by Professor Longhair is it! Some sloppy-hand piano licks drop you right in, followed up by a african breakbeat, and some bass and horns give the song a bluesy AABA structure that’s relentless at getting you into the groove.
It’s a short, but potent number from the vinyl funk past.

In the Christmas season, it’s easy to get lost in all the hubbub of shopping and presents; and it’s hard to focus on what really matters: the music. It’s time to bust out the family vinyl, queue up Handel’s complete Messiah, and explain to your little brother that the Trans-Siberian Orchestra is actually a clever marketing ploy trying to pass off a synthesized action movie soundtrack as christmas music. It’s sad but true: musicians want to capitalize on the spirit of the season and end up releasing crappy music to fill our never-ending demand. And then we, as true music fans, have to filter out all that trash and find the real gems.
Being the christmas DJ is a demanding job, but here’s some odd songs and safe bets your family is sure to enjoy. 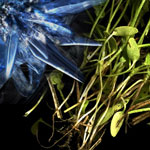 It being a chilly night and my furnace giving out, I’m turning to some warm snuggly music to envelop me. But instead of soft, comforting sounds, I want some sonics that come at me unexpectedly — from beneath, from behind and circling around my head. And I want all this confused sound to make complete sense. I’ll thank Telefon Tel Aviv and their debut album Fahrenheit Fair Enough for giving me exactly what I need tonight. They push both music in new directions and meanwhile continously demand more from themselves; their second album saw them mixing their trademark bleeps and twitches with vocals, breakbeats, and some more downtempo elements. (Sample the new album @ the ORTF mp3 blog)
Consider these a toe-dip into the experimental electronica tide pool. 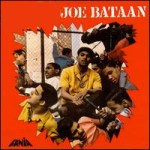 There is something so irrestible about handclaps leading off a song, especially when they’re backed up by a scorching brass section. Mr. Joe Bataan evolved from a childhood in Spanish Harlem, an adolesence with Puerto Rican gangs, and an absorbtion of R&B, Afro-Cuban and Afro-Rican musical influences into the absolute king of the boogaloo. He released this red hot track in 1969, right when the fiery attitude of the genre was at its peak. Unfortunately for him and others like Joe Pito, the fanbase faded but we’re keepin’ it hot. If this shit lights you up, get down with one of these soul brothas.
Get on this train and shake down with your lady.

This music exudes solid, soothing feeling. Feeling I’ve been looking for; to fill the emotional gap that’s come as I’ve just finished my undergraduate education. I’d say these two songs are a fair representation of my duality of feelings towards school. “Another Day” is an earthy nu-jazz groove with Jill Scott voicing some deliciously soulful complaints about having to work. “Les Fleur” then enters quietly; it’s unassuming track gradually leading up to a crescendo of accomplishment. Good job, mate.
“I don’t wanna go to work today, I’d rather stay home and play video games…”

Awash in aural beauty. A sonic landscape of life unfolding. Electronica heads know Plaid’s 1999 album Rest Proof Clockwork well, and for good reason; it’s a talent showcase of the more experimental side of electronica. “Ralome” is less experimental, more ethereal. Synthesizers so soft, so gentle — luscious round droplets of sound hop-skotching into your ears. Silky sonics wrapping warm legs around you while looking up at the stars. How’s that sound?
One of the most gentle melodic lines you’ll find in all of electronica.

This song isn’t about Faultline. It’s not about how as a child he blew out his left lung while playing clarinet in orchestra. No. What distinguishes this song from the rest of the tracks on Faultline’s recently re-released album is the melancholy voice of Coldplay’s Chris Martin. It’s bare, fragile, and leaking wistful emotion at the sides. This should have been the hidden track on Rush of Blood to the Head.
You listen, you lose focus, and you beat yourself up over why you let her leave; why aren’t you holding her tight right now?

Faultline – Your Love Means Everything (Part 2) 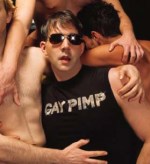 I’m nearly sure this hasn’t made its rounds as the next internet meme, but it surely deserves it. Gay performer Jonny McGovern crafted this catchy, sexy, and hilarious tune about doing manly things. The music video for this deliciously dirty song is even wilder; after Molly shared it around, she came back to me with, “a bunch of lmao are being sent to me.” Oh yeah. ‘I like to do manly things, but I like to do them with you. I was thinking we could go do… something dirtyyyy yeah.’
It’s so gaytasticly dirty, it’ll make you feel like you need a shower.

There’s some times in life where you need the happiest song possible to sing along with and dance. And that’s exactly where Carlos Vives delivers with ‘Pa’ Mayté’. In it, the traditional vallenato accordion and guacharaca are joined by chirping Andean flutes and a full-on Latin rock rhythm section creating a rich pan-Colombian fusion. It’ll get ya dancey.
When you find yourself wanting to sing along with this catchy tropical tune, I’ve got you covered.

Also: I’ve been trying my darndest to keep all of aurgasm’s songs online, but I’ve finally run out of space. So before I start deleting the old stuff, hit up the archives and listen around. There’s some damn fine music in these past couple months: [Sept],[Oct],[Aug],[Nov].