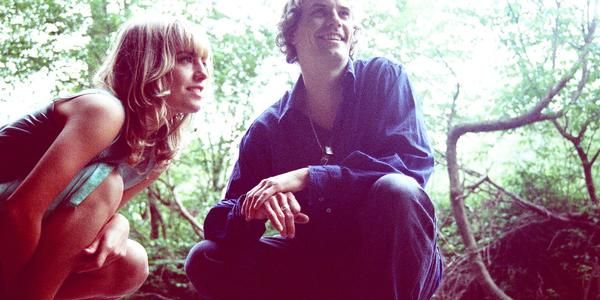 Mesmerizing the listeners with her vocal qualities and unique style of singing, Nina Miranda has collaborated with a variety of artists and was previously mentioned on Aurgasm for her project Shrift. Being partners in life, as well as music, inspired by the folksy, sexy and funky attitude of the 70’s, Nina and Chris Franck of Smoke City form Zeep. Borrowing some of the breezy Brazilian rhythms, mixing samba percussions and romantic bossa vibes with the gentle folk melodies, the couple records a genuinely diverse and fresh album.

Sublime with the tropical and eclectically swinging sounds.
Zeep – Sem Parar
Zeep – Keep An Eye On Love
buy this cd

Posted by Julija on Thursday, February 7th, 2008 under funk, global.