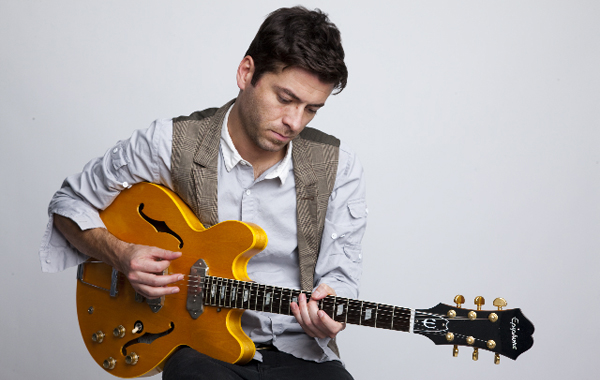 Javier Dunn may be an unfamiliar name to most, but the singer-songwriter has years of experience under his belt. The Los Angeles-based songwriter has been playing guitar since he was 10, put out his first full-length album in 2006, and has been playing guitar with Sara Bareilles since their days at UCLA. Despite spending an incredible amount of time on the road as part of Sara’s band, he’s managed to release another EP, Vessel, earlier this year. The new EP features “If You Go,” an folk-pop gem that is as refreshingly catchy as it is sincere. His stripped down cover of Miike Snow’s “Animal” isn’t on the EP, but remains a particular favorite of mine. Javier’s take on the electropop hit highlights the plaintive lyrics without sacrificing a groove that keeps the track moving. Like, “If You Go,” Dunn’s version of “Animal” is vulnerable, heartfelt and unerringly catchy. Take a listen to both tracks below and see for yourself!

Posted by Michelle on Monday, November 15th, 2010 under folk, singer-songwriter.