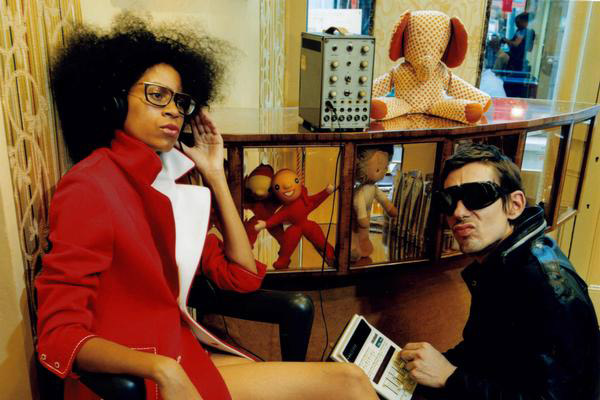 Maneuvering brainwaves routed by intricately synthesized polymers of Moloko and Phon°noir familiarity, Frances Noon and Lazlo Legezar have materialized an undulating ecstasy that voyages vital force and bites at your feet. His surreal chorus of extravagant noises deploys a fulgent realm for her iridescent vocals; fluently shifting between sinister and saccharine to timid and giddy. As their motley, crystalline wisped sounds are consumed, a subterranean purlieu emerges. In a carnival’s bygone mystique of bright lights and smiles since ceded to a Hitchcock bale are mad hatters absconding to unite with strawberry shortcakes; rampantly dissolving the absurd, unwanted, depreciating rationalities that impersonate rainbows and he-man transgressions of societal laste. Where We Are threshes trip-hop’s quintessence into dizzying bits and pieces then coalesces to form a twisted treat of enigmatic, aural candy.

Posted by Kyle on Friday, May 29th, 2009 under electronic, experimental, pop.