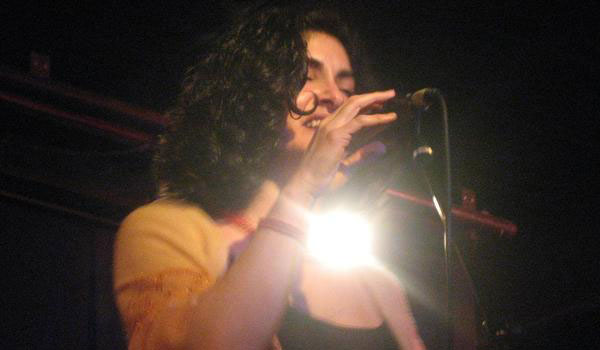 Gaida is one of those (*yawn*) dime-a-dozen singers who also makes a living as a speech pathologist, and has a similarly dull list of cities that she’s called home: Damascus, Kuwait, Paris, Detroit, and now, New York. Barely worth mentioning, right? In the meantime, she’s received classical voice training, recorded a couple of tracks for Jonathan Demme films, and at the end of last year dropped her first full album, Levantine Indulgence, a spooky mix of traditional Arabic and Syrian sounds, plus her own, jazz-like vocals, and the occasional hip hop beat for good measure. She’s currently shopping for a distributor; until she finds one, the full album is available at her shows, or via MySpace message.