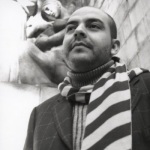 If you’re currently living in the UK and enjoy watching Pizza Hut ads, you’ll have heard Mexican Institute of Sound fairly recently ““ but it deserves a little more recognition than just as a tool for hawking pizzas. The ‘Institute’, though indeed Mexican, is in fact only one man ““ Camilo Lara ““ who cuts and mixes a who’s who of samples into a fun blend of hip hop and cha cha. Pinata is his second album and boasts shades of Esquivel and early De La Soul, though the two tracks here show a definite character of their own.

Posted by Andrew Ladd on Monday, September 10th, 2007 under hip-hop.

8 Responses to “Mexican Institute of Sound”