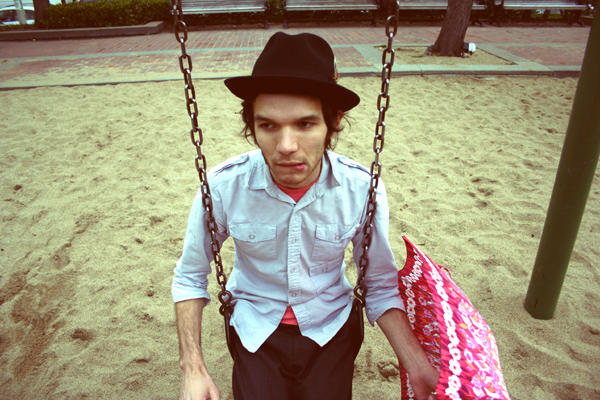 Ferraby, an LA-born, Nashville-raised, Los Angeles-returnee, recorded his self-titled EP in his bedroom, and the intimacy of that fact is echoed in all of its tracks. Each one is brimming with honesty, optimism and a touch of vulnerability. His tenuous voice and the folky-upbeat tone of his songs is an addictive and comforting combination. Even though he recorded his newly released LP Catch The Brass Ring, in a large studio, none of this intimacy is lost. According to Ferraby’s biography, “He wants people to care about the planet. He wants people to care about other people.” Lion-hearted, indeed.

Posted by Michelle on Wednesday, September 5th, 2007 under folk, singer-songwriter.