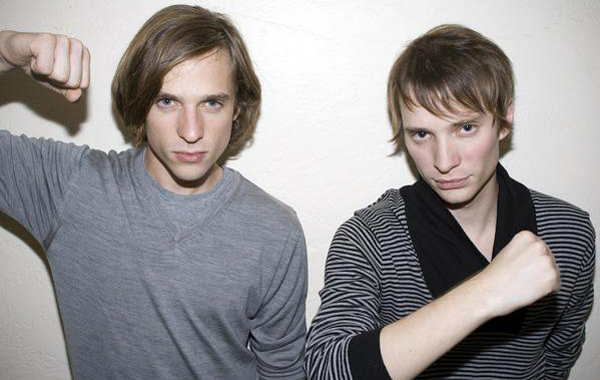 It’s hard to believe that the intricately layered melodies of Folded Light are the product of two friends (and not say, a legion of musicians), but it’s true. Steve Damstra and Jaffe Zinn make up the Los Angeles-based band, who released their self-titled debut in 2009, and Kelly earlier this year. Folded Light’s deceptively simple and catchy soundscapes belie the complexly woven arrangements beneath them. There is an oddly cinematic feel to Folded Light’s music; “Landscape” in particular conjures up images of open roads and rolled down windows. (It doesn’t come as a total surprise to learn that both Zinn and Damstra have other film-based projects: Zinn is currently finishing post-production on his first feature length film and Damstra composes music for television and film). Summer might be winding down, but take a listen to two of my favorite songs from Kelly, and see if you can’t extend the feeling a bit longer. The hints of lo-fi fuzz amid rolling guitar licks made “Kelly” one of my summer jams, while “Landscape” is a delightfully woven fabric of intricate melody, sweet vocals and humming instrumentals.