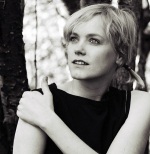 Back in 1998, Ane Brun (real name Ane Brunvoll), used to play in the streets to anyone who’d listen to her songs while travelling around Spain. Few years later she moved to Stockholm, Sweden where she started her own independent record label, performing live a lot and recorded the debut album Spending Time with Morgan (named after her beloved acoustic guitar, Morgan). After taking in Grammys in Norway and Sweden, she spent the past couple of years touring, playing at many festivals, supporting such artists as Keren Ann and A-HA. This last year she sat down to deliver her sophomore release, A Temporary Dive, a minimalist masterpiece of songwriting.

Posted by Julija on Monday, June 5th, 2006 under scandinavian, singer-songwriter.