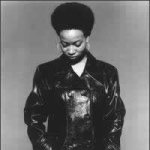 Icy spicy quiet sizzlin’. You know this song. At least, you’ve heard it sampled before. Bahamadia, the philly princess, emerged as the protege of Gang Starr’s Guru, and dropped this single on the hip hop world. I picked up this remix from Jazzanova’s new Mixing record. (hot shit) This sexy little track has appeared in some quality hip hop grooves before. I’d love to tell you what, but I seriously have no idea. I need you all to help me out on this one.
What was this moist ‘n drippy soul-filled hip hop song sampled in?

Posted by Paul Irish on Friday, September 24th, 2004 under hip-hop.