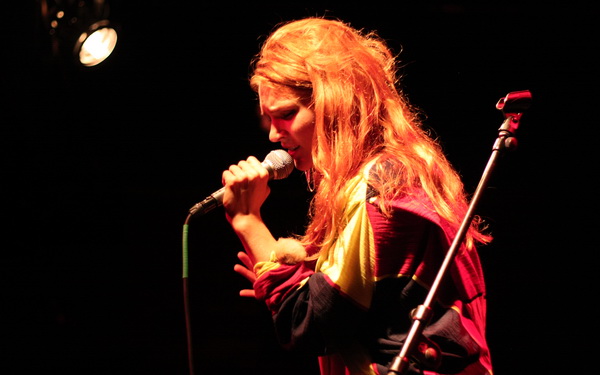 The Dø is one of those musical gems I’ve been meaning to write about for a long time. Now, with their debut album A Mouthful (2010) finally released in the US and the recent North American tour, is the time to introduce this French-Finnish indie pop act. The Dø first captured attention of European music lovers with their song “The Bridge is Broken”, written for a contemporary dance performance Scène d’amour back in 2005. A Mouthful, a rather eclectic collection of songs, evokes similarities to the sweet quirkiness of Nina Perrson, the Knife’s electro touch and the sharp playfulness of Lykke Li. “At Last” carries rich guitar riffs, piano and bluesy harmonica arrangements woven with Olivia’s yearning, seductive vocals. Ukulele driven “Stay (Just A Little Bit More)” is simply a little delightful track.